The world coffee industry is on the rise. One of the important factors driving this is the role of women.

IWCA . Abbreviated as International Women in Coffee Alliance. This is one of the few international organizations that empowers women and the role of women in the development of the world coffee industry.

The mission of the International Women’s Coffee Alliance is to empower women in the World Coffee Community. Help them gain meaningful lives and sustainable economic revenues. Besides, encouraging and recognizing their participation in the work contributes to every aspect of the world coffee industry. This organization carries out many national projects. Such as building infrastructure, organizing training and conducting research. The above activities aim to improve equity in labor and coffee production in general.

Women increasingly play a more important role in society. Their position is being raised day by day through the struggle and better understanding of themselves. In the progress of all humanity, they are gradually promoting their development potentials. And in the not too distant future, women will rival men in creating great values ​​for society.

Back to the world coffee industry. In just a few decades, the coffee industry has grown strongly. Coffee became the second most traded commodity in the world, after oil and gas. Currently, the value of coffee production and processing industry reaches more than 100 billion USD.

IWCA believes that the future of this industry is women. The coalition’s slogan is: “Strong Women_Strong Coffee”. With  ​​”Connection_Authority_Advanced” for women in coffee-growing countries. The development of this multi-billion dollar industry will be in the hands of women.

Women, what do they do?

The global coffee industry is intimately dependent on women. They are present in all stages from cultivation, care, harvest, classification … Manual jobs needed to produce coffee. But those are the few stages that create the most value. At coffee-producing coffee farms or plantations, including Mink Coffee, the world’s most valuable coffee, the workforce is mostly women. Women hardly participate in the business and export process. Or do scientific work in coffee-related laboratories.

Women make up half of the global agricultural production workforce. In many undeveloped countries, this number is up to nearly 70%. This also partly reflects profound gender inequality. Women have not yet realized their potential and true strength in labor and in the community.

The development of the coffee industry impacts the lives of many people around the worldAs such, they represent workers. Those who are not in the class are entrepreneurs or decision makers. UN Food and Agriculture Organization FAO published data. Women make up about 43% of the agricultural labor force in developing countries.

Currently, the role of women in the labor force has changed dramatically. Not only translating in quantity but also in geography of national territory. In Vietnam, 50% of coffee traders are women. This number is much higher than other countries in the region and in the world when comparing the economy. The world’s largest coffee producing country is Brazil. Here the level of mechanization in production is very high. The percentage of women participating in the early stages of the coffee industry is very low.

Women on the world Coffee stage

World Barista Championship (WBC) – a competition for professional coffee brewers held on a global scale. There has never been a woman to win. In the first 6 years of the competition, only 10% of women entered the finals. But, in recent years, women have won the championship of this competition. Although that is only a very small number, two people within 7 years of the contest. But that also showed a change in women’s activities.

The current role of women in the world coffee industry

Thanks to the active work of world organizations, women are increasingly playing a bigger role. Important in the world coffee supply chain. The World Bank has statistics that: Coffee is the main source of income for more than 500 million people. Of which, 25 million people are coffee farmers in developing countries. 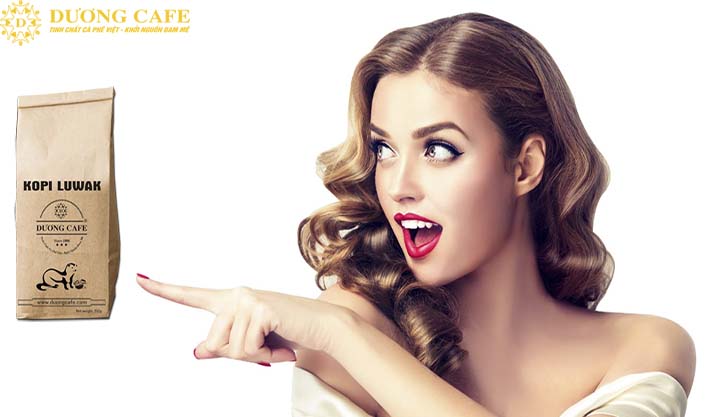 Women and coffeeThe coffee industry is becoming increasingly powerful in global production and trade. Coffee now is not just a top popular drink in the world. This is also a vital element of many nationals. The active participation of women in activities in the global coffee supply chain has really helped change their lives. Not only include farmers, women but also girls.

IWCA The International Women’s Coffee Alliance has been and will continue to make efforts on the path of liberation and a better life for women. Thereby, direct impact on the sustainable development of the world coffee industry.

Duong Cafe is an enterprise specializing in the production and distribution of coffee products. High-class weasel Coffee, Vietnamese Specialties Coffee with product lines of Instant Coffee Gift. These will be valuable and useful products for customers and partners!