Robusta belongs to Canephora, one of the two major commercial growers alongside Arabica (Coffea arabica). This is also the coffee that has put our country on the second coffee export position in the world for many years. And ranked first in Robusta production. This is to say that it is very popular and plays a “default” role in the Vietnamese coffee industry. It should be noted. However, that Robusta only accounts for less than 30% of the total global coffee production structure, with the remainder belonging to Arabica and its offspring. 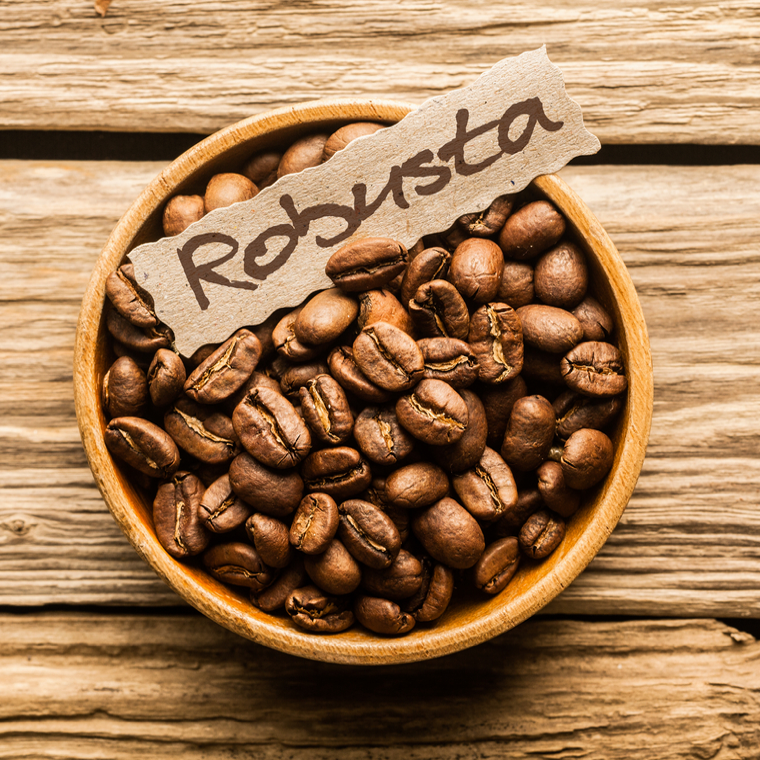 Origin and distribution of Robusta coffee

Coffea Canephora – it first discovered in the Congo – Belgium (in Africa) in the 1800s. Coffea canephora is also a native species of tropical forests around Lake Victoria in Uganda. It was introduced in Southeast Asia in the 1900s. After the Coffee Rag (CLR) wiped out all Arabica varieties in Sri Lanka in 1869 (or 1867 according to Wiki). And attacked Currently, Robusta accounts for 30% to 40% of world coffee production, popular in West and Central Africa, South-East Asia, Central-South America, mainly Brazil ( where it is called Conillon)

Similar to other coffee varieties, Robusta grows in shrubs, but larger in size, up to 10m in height. Therefore, Robusta coffee is grown at lower density than Arabica because of its large canopy size. Growing height of Robusta coffee ranges from 0 – 800m, so it is relatively easy to grow. But it requires a fairly large rainfall of 2200-3000mm, so Robusta coffee is very drought tolerant.

Robusta coffee has several advantages over Arabica coffee. Such as resistance to rust (CLR), stem borers, nematodes, and so on. For these reasons, the cost of growing Robusta is relatively low compared to the Arabica variety. On the other hand, it is unlikely to tolerate prolonged drought conditions, cold tolerance (18 – 36oC). Late harvesting, unstable yields compared to Arabica, this is a The negative attributes of Robusta coffee.

The taste of Robusta coffee is always considered to be less competitive than the arabica so far, darker, bitter and bitter. Especially acidity – higher acidity than Arabica. Since Arabica coffee is thought to have smoother taste with higher acidity and a richer flavor, they are generally considered superior. In addition, most Robusta coffee growing and processing areas focus on dry processing (rather than wet processing such as Arabica varieties), resulting in a more bitter, earthy taste, and roasting.